Did this hack help you at all?

But seriously, I would love a thanks, or even if you could reference this site to anyone else having the same issue.

And if you give me another idea for a Windows fix, even better! Find something in Windows you don't like, and I'll see if I can help.

This program/hack is for getting rid of the pesky logon picture frame. It is intended to fully automate this process of swapping the dynamic link libraries, and minimize hassle. As far as I know, this is the first script to do this.


To see an example of a logon picture frame, and what this hack accomplishes, see Ravenwolf's post below.

Just run the batch file included, and follow the instructions provided. It does everything for you, so risk should be minimal, but even still, I'd recommend creating a System Restore Point to protect against anything that *might* go wrong. Although I've tested this thoroughly, I update this manually, so I might of missed something, simply let me know and I will take care of it.

PLEASE POST A THANK YOU OF SOME KIND IF IT WORKS AND TAKE THE POLL! IT TAKES 2 MINUTES, AND WILL MOTIVATE ME TO MAKE MORE USEFUL HACKS. 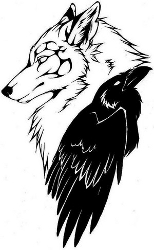 Posts : 51
Join date : 2011-01-18
That's not good, did you try re-downloading it. I just tested it and it worked perfectly. I tested it on my windows 7 sp1 64bit laptop. If it is a problem with winRAR you could try extracting it with the built in extractor in windows or you could use 7zip which is a powerful and free zipping program. Also make sure it is windows 7 I don't believe it would work in Vista or anything else.

I would just try re-downloading it and see what happens. Also make sure you run the program as administrator or it won't work. To do so you right click on the LFR 104 file and click run as administrator then follow the prompts.

Posts : 207
Join date : 2010-12-21
I would second Ravenwolf's suggestion for re-downloading, since I downloaded the file from the site, compiled 7-zip 9.20.1 from source, and extracted it flawlessly, I also double checked it with the soft-copy on my external drive (the master file) and it corresponded exactly, no differences in files whatsoever. I would've tested it too, but I don't have a virtualbox presently on my system. So I thank Ravenwolf for that verification as well.

Please refrain from double posting if you would, seeing as that second post was of no solution to the problem at hand, and was quite unneccessary.

Maybe it's not the file that sucks, but WinRAR, I've had more than a few problems opening files with WinRAR that 7-zip (hell, even the default archive manager in Linux Mint opens most files flawlessly) opens perfectly afterwards.

Here's hoping that you give it another try.

Thank you so much for your great little program, which has worked perfectly for me on three different computers.  I only wish more people knew about it.  If you google "remove logon frame" you will find lots of complicated answers that do not work.  But your simple, elegant program is the solution to the problem.  I will go to several of these sites and post a link to your site so that other people can have the same benefit that I got.

Any idea whether an update from Microsoft would ultimately revert this back?

I'd like to see a tool which sets a default user picture location.
That way you could replace said picture as and when you wish simply by copying to specified location.
This would be useful in a corporate environment when joined to a domain whereby changing this picture is not possible.

As far as I know the replacement dynamic link libraries should be completely safe from Microsoft's update circle. Rarely, if ever do they update their authentication UI, it's just not needed... However, if they ever do, simply rerun the program again, and let me know so I can update my files. There's nothing I can do about that, since if I disallow Windows or any handlers rights to those files, they seem to act weird. (Randomness ensues, instabilities with login screen, etc.) and since there's really no reason for the common user to retain access to these files, I tend to try and keep the Windows from throwing a tantrum when it can't have write-access to a system file (even though it NEVER writes to it in the first place)

The reason why this program is built how it is, is because it doesn't set off red-flags in an antivirus, since technically the user is modifying the system files, like a guiding hand. But I digress, this tool was never meant for excessively large deployments... This one anyways.

As for the idea you've suggested, I'm not sure I quite understand what you're asking. If you're asking for a program that asks for a directory that contains a default user icon for corporate environments and then changes it to that picture... That's easy enough.. I think. I dunno, never messed around with actually replacing picture directories in Windows. Most of the stuff I did was lower-level tweaking.

Other tools... There was a few other tinkers I kept to myself, given that I used them on several occasions and spent some hours coding them in. Whereas this tool was designed from the ground up to be dumbfired, step-by-step so anyone can use it.

I have been meandering with the idea of making a multi-tool that can do a specified list of tweaks (including this one) given a list of IP addresses, and set administrator rights through remote powershell. I had a tool some time ago that did similar functionalities... But this was done through batch scripting and netmsg functions, and a whole slew of other workarounds that weren't pretty... At all.

New Member
Posts : 2
Join date : 2014-05-30
Been using this for a bit and it's been great; however, I just had a few Windows updates that seemed to be all security related and now the logon frame is back. When I try to run the batch file, it just keeps telling me that the system cannot find the path specified. I haven't done anything in the last week in terms of downloading or modifying my computer. It just simply stopped working after the update. Any ideas?

New Member
Posts : 2
Join date : 2014-05-30
Yup, been running it as admin and from the system. I know it hasn't been updated in forever but just surprised it was working fine before and now it's borked. Not home for the next few days but when I can, I'll upload a screenshot of what I'm seeing.