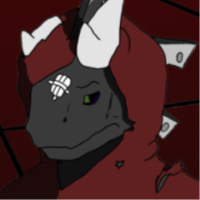 Posts : 156
Join date : 2011-01-05
To start things off, let me say that I am not that emotional of a gamer. I do let myself get attached to certain characters, yes, but I don't exactly get all teary eyed when something sad happens, or so worked up that I actually scream. However, this game... this game...

The Walking Dead Game is made by Telltale Studios, and has roots in both the original comic and show. I bout it out a pure chance to try something that is both horror, and different. (KF and L4D2 can only be played so much...)

The Plot: 10
Original. Amazing. Everything positive that can be said, WILL be said. You play Lee Everett, a man on his way to jail for killing a senator that was sleeping with your wife, when the whole outbreak happens. Stuff happens, and up end up taking care of a little 8 year old named Clementine. The choices you make about how to handle situations with change your story greatly. Lie, or tell the truth? Is is right to kill someone, in a specific circumstance? So many things can change your game, making YOUR story an original.

Originality: 9
I've seen The Walking Dead. I've seen the emotions people tend to display. The emotional roller coaster I've seen people do... just Yikes. This is rather original, even though it is based off of something that already exists.

Sound: 9
A simple, yet haunting tune plays during peaceful scenes dramatic, yet bad ass music plays when things get intense. I'll admit, I was paying more attention to the story than the music. However, when you just sit down and let the game do it's thing, listening to the background... just lovely. Also, the sounds are AMAZING. People actually sound like people. No choppy voice acting here, folks. This should be the STANDARD for both script writing and voice acting. The sound effects are nice, like when you use a fire ax to sink into the skull of a Walker, but the voice acting... JAW DROPPING.

Graphics: 10
Reminiscent of Borderlands. That's what the characters look like, if you compare the style. Not many graphical issues, as far as I can tell. Otherwords: GORGEOUS.

Features: 5
Just a simple, one player story. Sure, the choose your own adventure style is nice. However, not much else really comes with it.

Support: 3
Ugh... this one is a little heartbreaking. Even though the developers did their best, I lost my save file. I bought the game BEFORE all the episodes were out, so I had to wait patiently for each part of the story before reaching the climax. Halfway through, my file save got lost after I downloaded Episode 4. Real kick to the balls. Not sure how others fared, though.

Final: 10
THIS GAME. Again, I don't get emotional over an electronic thing. However, this is an exception. The choices you make, the steps you take, all lead to one MAJOR climax. I couldn't handle it. I cried my eyes out, horribly sobbing. Clem, Lee, Kenny, and every other character. You get attached with the wonderful story, you get drawn in with their individual past and personalities. Everything about this game is just FANTASTIC.


On a side note, I wanna add Lee Everett in the honorary 'Hall of Awesomeness' for reasons I cannot say. Will add the page up soon, and monitor it with an iron will.

Congratulations 'Telltale Games'! You deserved it!

Lee Everett is Game Informers #1 "Hero of the Year"

Re: The Walking Dead Game